Throughout the day spent documenting Sanjay’s RX-7, I felt myself battling against my prejudices towards rotary engines. I’ve always seen them as being a little silly. They don’t produce much torque, burn oil by design and are hideously unreliable. Skim through your local classifieds for used RX-8s; they’re stupid cheap. Versions of the rotary legend that rolled off the dealer lot just five years ago can be picked up for well under $10,000. You hear it from everyone – stay away from rotaries.

Sanjay described every rotary as having an invisible ticking timer, waiting for it to blow up. “When you’re driving it, it’s counting down .When you’re not driving it, it’s still counting down.” He’s seen other RX-7s and RX-8s blow up in front of him; he’s had their oil on his windshield. On that note, I asked the question that every RX-7 owner surely hates hearing, “Have you ever thought about swapping in an LS motor?” 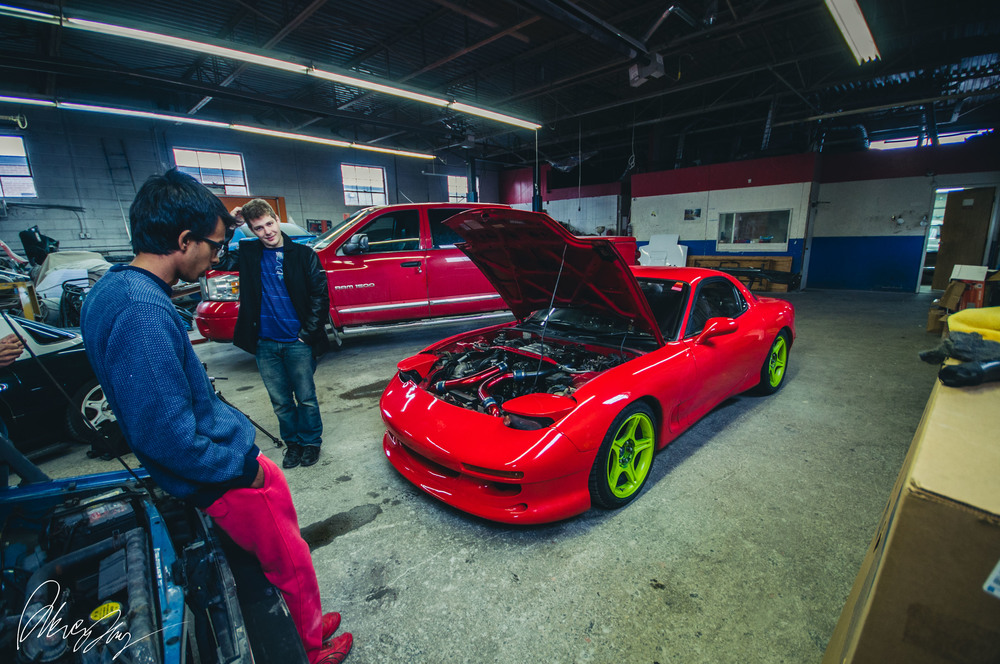 An LS V8 makes more torque far lower in the power band, it’s extremely reliable, and it even gets better gas mileage. Based on that, I hardly blink when I see an RX-7 with an LS3 under the hood. Aftermarket kits have made the whole affair nearly a bolt-on process, so it’s almost common sense. Forget horsepower, swapping an LS motor into an RX-7 makes it simply usable. Why then, do Sanjay, and so many other members of the rotary-cult refuse to go down this path? 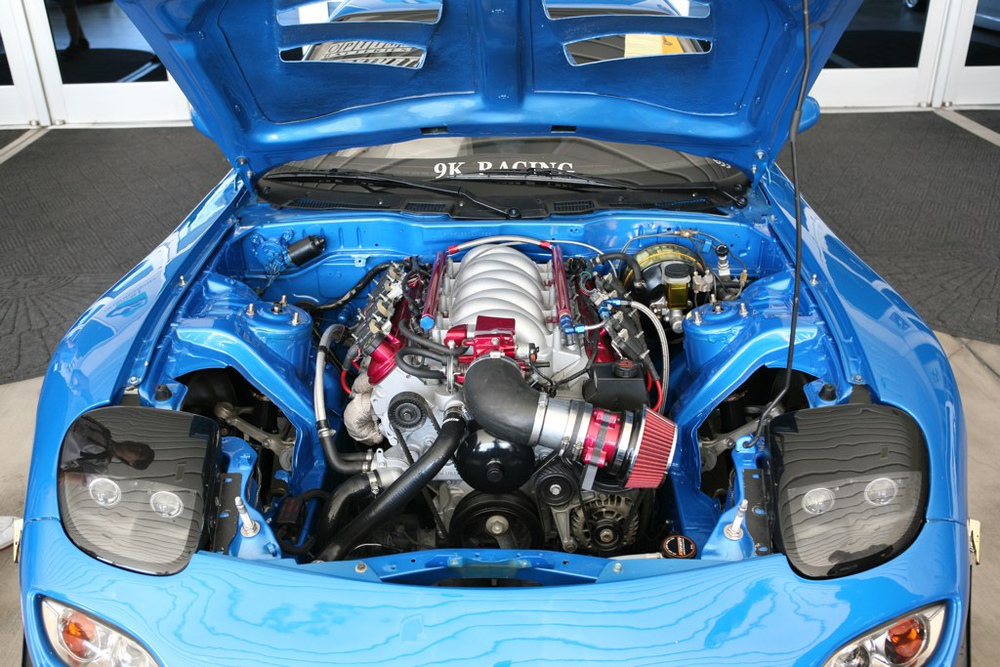 That might sound pretentious, but there’s a simple fact that so many of us fail to understand. There are people who like working on their cars; who do things the hard way, not because it makes sense, but because it’s challenging. Sanjay told me a story about a fellow RX-7 owner in Florida who swapped an LS into his car. The swap was flawless. It was fast, reliable, and more fuel efficient than ever, but it meant that he was breaking out his socket set far less often than he liked. So he got bored, sold it, and bought another rotary RX-7.

That’s not to say that rotaries don’t have their advantages.  They’re mechanically simple compared to piston engines, and their design results in extraordinarily smooth power delivery. With accessories they’re not significantly lighter than aluminum LS V8s, but their compact design means that all that weight can be pushed further back resulting in better weight distribution. The rotary has proved its ability on the racetrack for years in circuit racing, drifting, and even at American drag strips. In fact the only Japanese racecar to ever win the infamous 24 Hours of Le Mans outright was the Mazda 787b, powered by a four rotor 26b engine. More so, the scream of a rotary under boost sounds like nothing else.

More so, when the RX-8 came on sale in 2003, people saw them, and treated them like rear-wheel drive Honda Civics. They’d neglect to check oil levels often enough, and they’d rev them to their 9000 rpm redline constantly. Some owners re-flashed their ECUs so they could rev to 10,000 rpm, and they’d expect them to be problem free to 200,000 kms like Civics. However, the RX-8, and RX-7 respectively is not a Civic. Careful owners often ‘pre-mix’ their fuel, adding two stroke oil to each tank to aid in lubrication. These are cars you need to take care of, to baby, and most people simply didn’t.

Rotary engines in a lot of ways deserve their terrible reputation, but when you stop focusing on dollars and cents and torque curves, these tiny high strung motors cater to special group of enthusiasts and are worthy of our respect.  Spin on, Rotary, spin on.