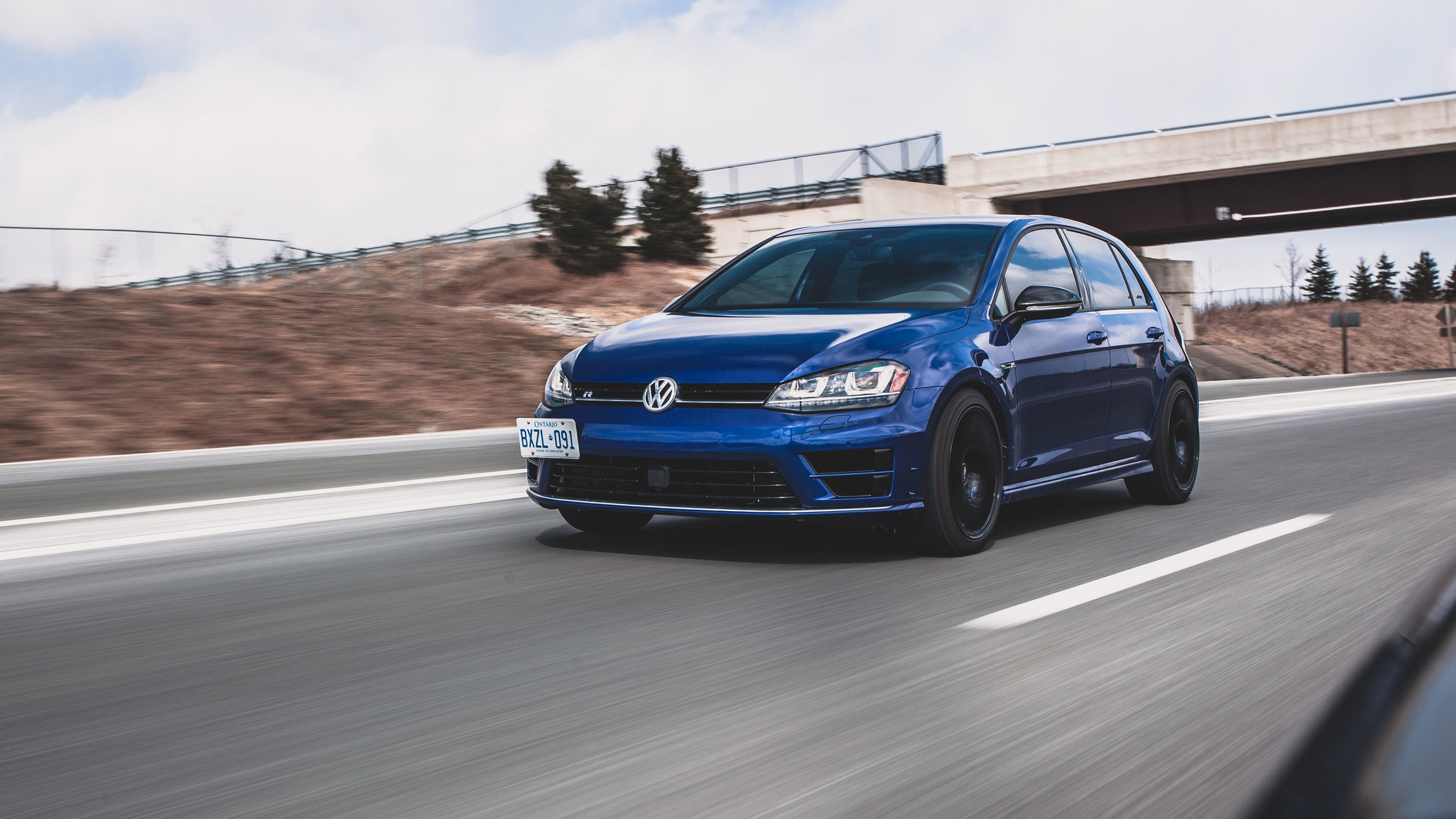 The Golf R is a hot hatch for a serious adult with a serious job, who wouldn’t be caught dead pulling up to the boss’ dinner party in a Nitrous Blue Focus RS.

My friend Raphael was the owner of the slammed Golf. But one fateful morning, his undercarriage made a disastrous impact with a raised storm drain resulting in a bent subframe, a hole in his transmission, and two more pages worth of broken parts. By some miracle, the insurance company cut him a generous cheque, and being a Volkswagen fanboy with a solid income, he went out and bought himself the king of all Golfs; the 2017 Golf R. Then he let me drive it. 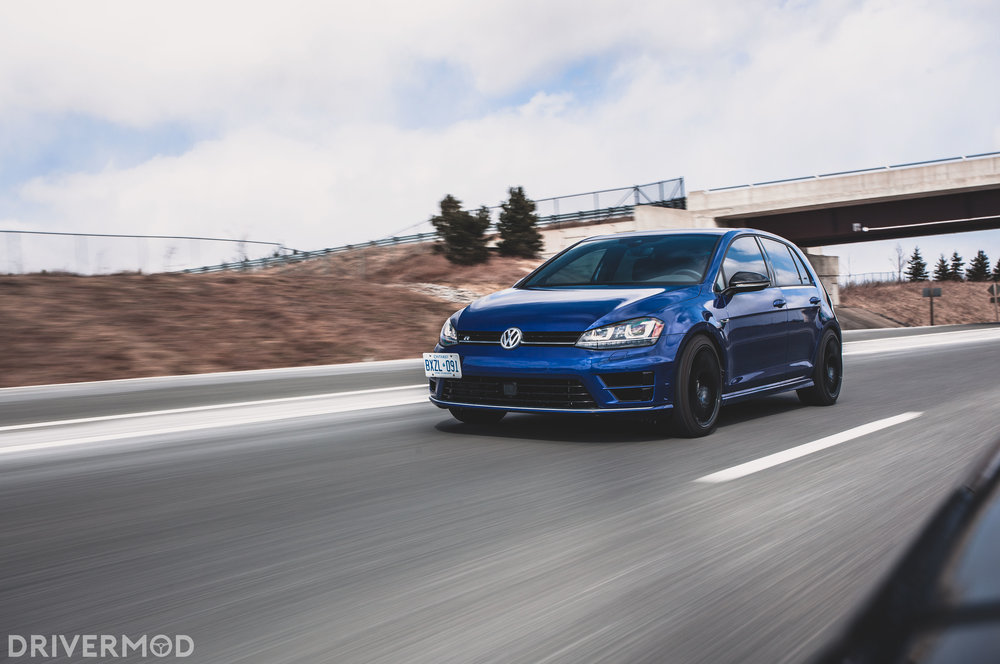 First impressions of the Golf R are this: it’s a great car in a utilitarian sense. It has loads of cargo space without the size and heft of a crossover, it gets decent fuel economy (Raphael averages 9.5l/100km despite a heavy foot), and its interior blurs the line between Volkswagen and Audi. Its seats are heavily bolstered yet comfortable, fabrics feel soft, taut and expensive, the infotainment system is easy to use, and the leather-wrapped flat-bottomed steering wheel is a nice touch. Simply put, it’s a nice place to be.

Then there’s the tech. Radar guided cruise control and lane assist mean it can virtually drive itself, allowing you to focus on more important things; such as shopping for beard oil and plaid neckties. It’s equipped with adjustable dampers that alter shock damping depending on the driving mode selected, and shockingly enough it actually works. In race mode, suspension feels firm, but not in an after-market break-your-back kind of way, while comfort mode gives the sort of driving-on-a-cloud feel you’d expect from an Audi A8. Blind spot alerts? You got it. Apple car play? Done. In short, it makes the old Mitsubishi Evo feel like a park bench. 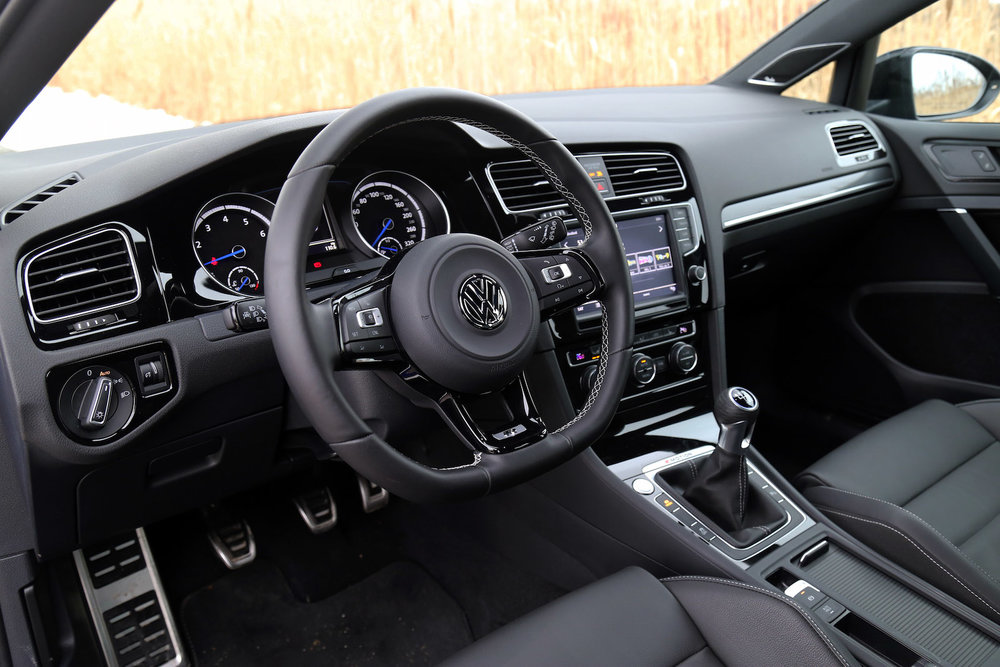 I don’t need to tell you it’s fast; it sends 292 hp to all four tires and will hit 60 mph in 5.2 seconds. Like the Evo, very little happens until around 2500 rpm, but past 3000 rpm its torque curve is flat and linear to redline. Coupled with wonderful subtle turbo sounds, a nice shifter and flat, predictable and composed handling, it’s genuinely fun to hustle along a back road. 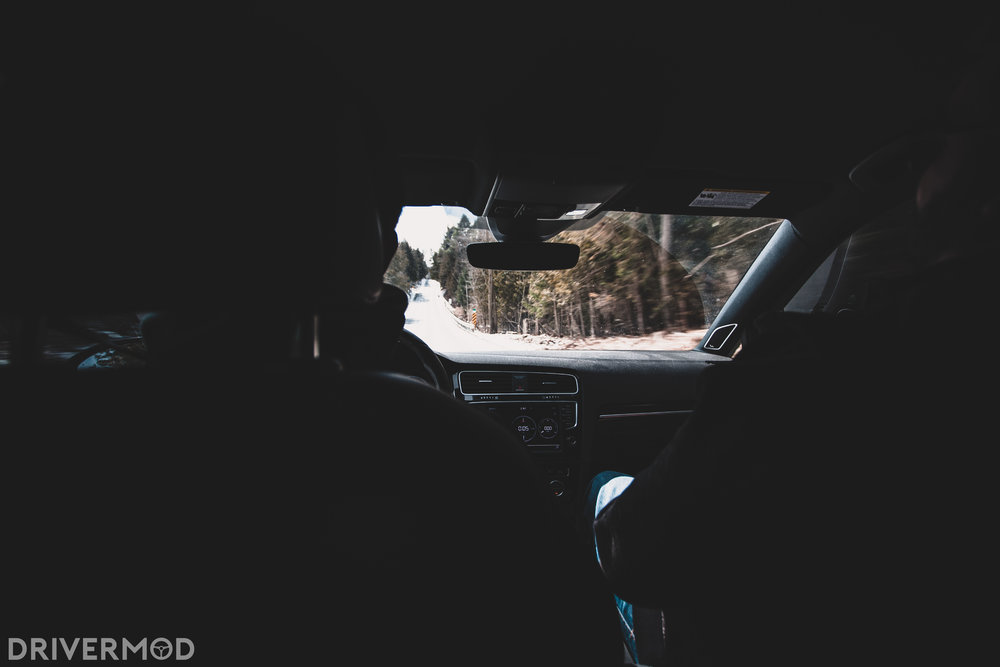 It’s essentially the ideal hot hatch: comfortable, fast and useful, but without the usual hot hatch tupperware interior. More so, you get the thrills of cars like the Subaru WRX STi and Ford Focus RS, but without gargantuan wings and flared fenders. It’s understated, clean. It’s a car for the man who grew up swooning over riced-up EG Civics, but now he’s a serious adult with a serious job, who wouldn’t be caught dead pulling up to the boss’ dinner party in a Nitrous Blue Focus RS. 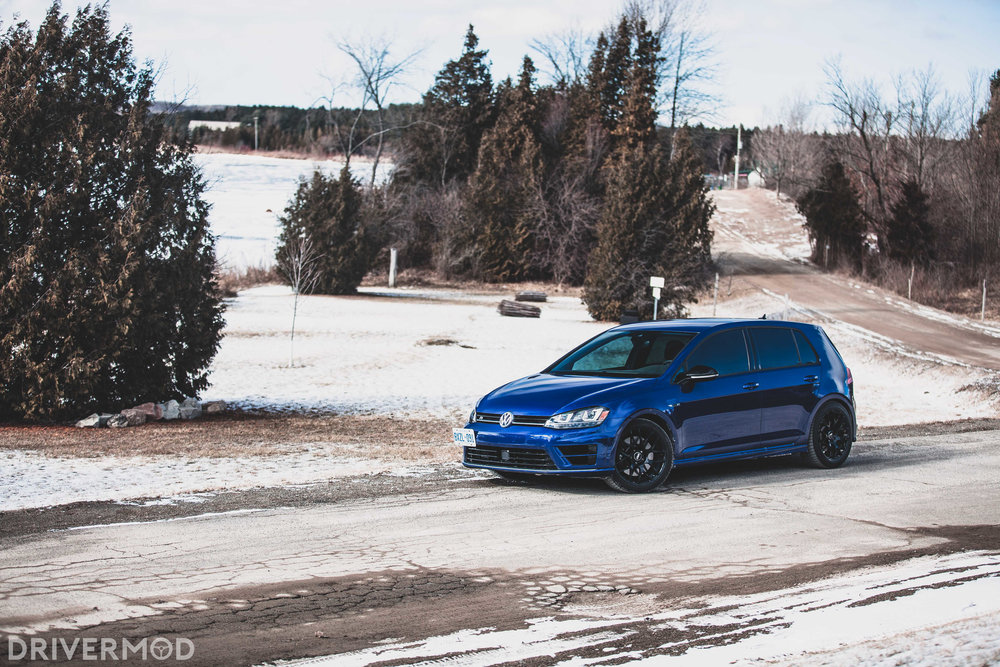 That’s not to say it’s perfect. Describing its clutch feel as ‘vague’ would be generous, and despite being nicely weighted, electric power steering means there’s little real road feedback. It’s worth mentioning that poor pedal spacing makes this a difficult car to heel-toe. Worse yet, this $50,000 Golf can’t tell the difference between you rolling down a hill, and reversing. Every time you slot the shifter into reverse, the car will apply hill-assist braking until you either overpower it, or stall. I stalled. Twice. The real problem however, is that the whole package feels a little serious. 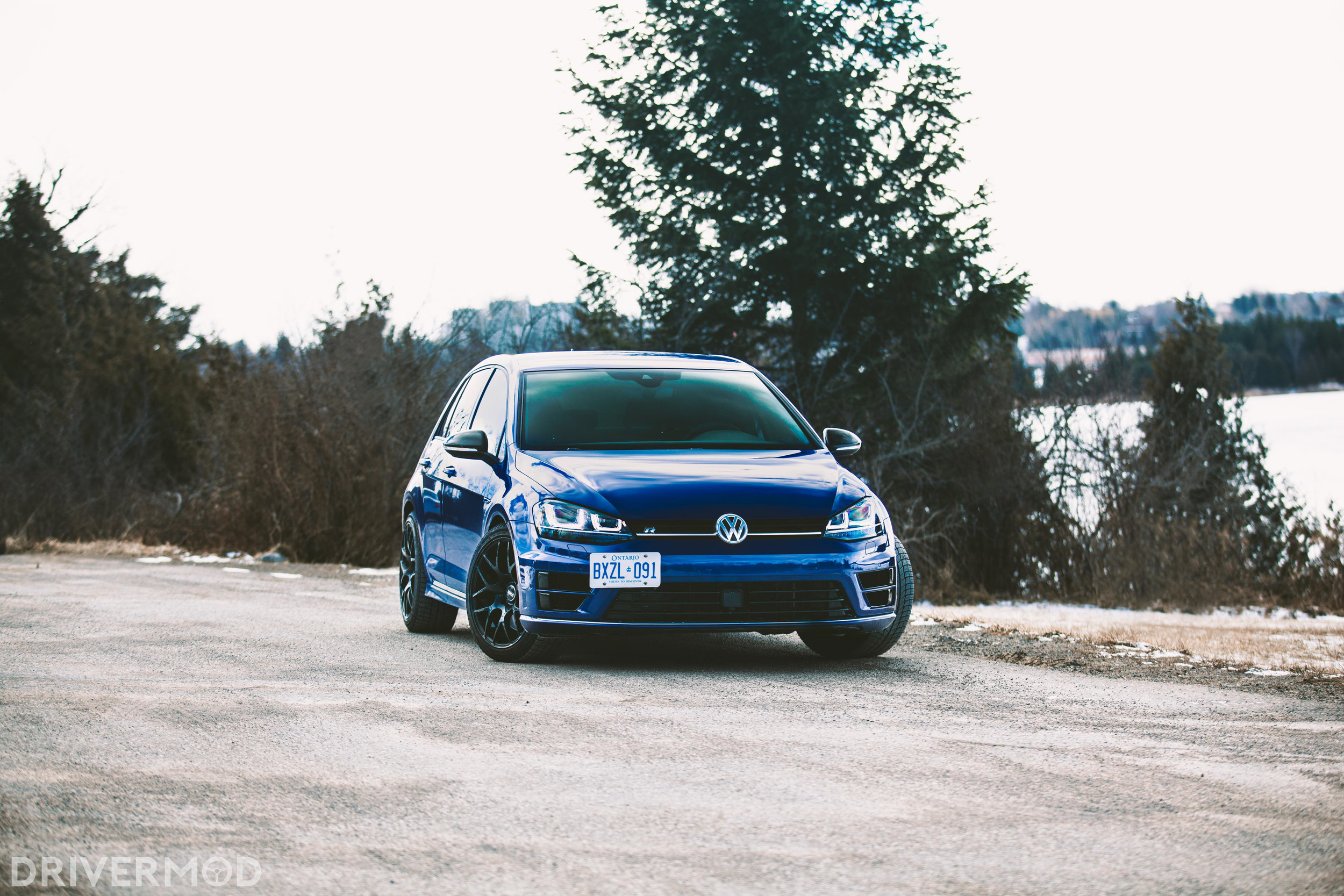 Where an Evo feels like it’s actively sending power to the rear to rotate the car into a corner, the Golf R instead uses its rear axle to tune out understeer. The result is that what the Golf R really feels like, is a faster, more docile GTI. Like a GTI however, at the limit, when you really begin to push it, its front tires will give way, and it will understeer. This isn’t much of a revelation, but it’s wildly different from its oversteer addicted Focus RS counterpart. Part of this is down to design philosophy; “OVERSTEER IS SLOW – CAR MUST BE NEAT AND TIDY!”, is what I imagine an angry German shouting as I feed the car throttle mid-corner, but part of this is down to engineering. 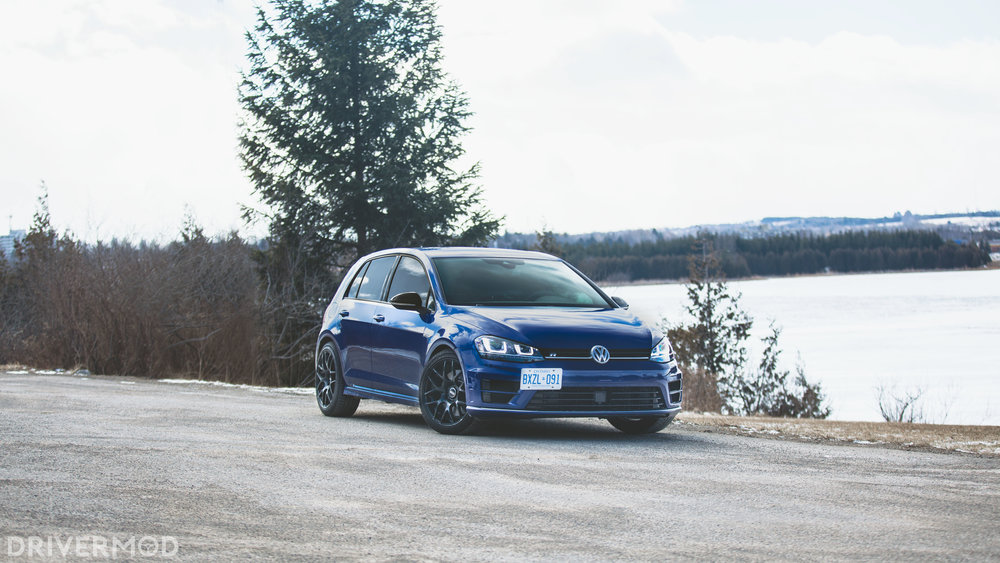 I don’t think this makes the Golf R a bad car in any sense. It’s a different car, with different priorities and target markets. Its interior, fit and finish is on a totally different level compared to every vehicle listed above. It’s the Audi hatchback they never made, coupled to a manual transmission that they would never offer, and all that refinement comes at a cost. While Ford spends your dollars on a fancy torque vectoring rear differential, Volkswagen spends your money on fit and finish. Here’s the deal, if you enjoy the agility, refinement, and understated look of the Golf GTI but are looking for more power and less understeer, or if you’re looking for a fast, manual Audi hatchback, you’ll love the Golf R. If you’d rather spend your days shaving tenths off lap times and flying into the next corner sideways, you’d probably be better off in the Focus RS.

Or a used Evolution MR. 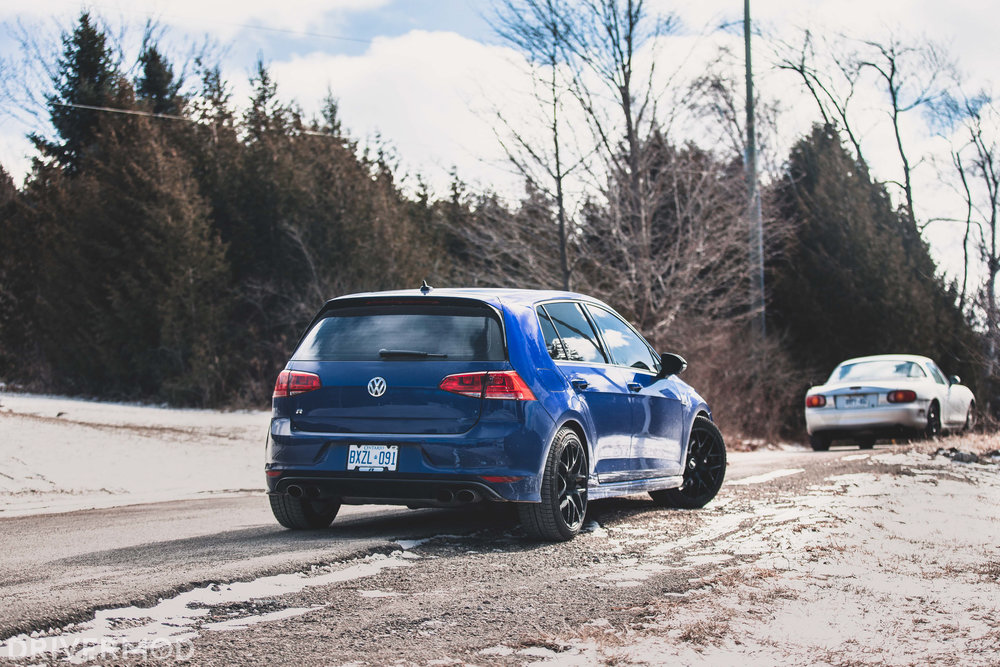