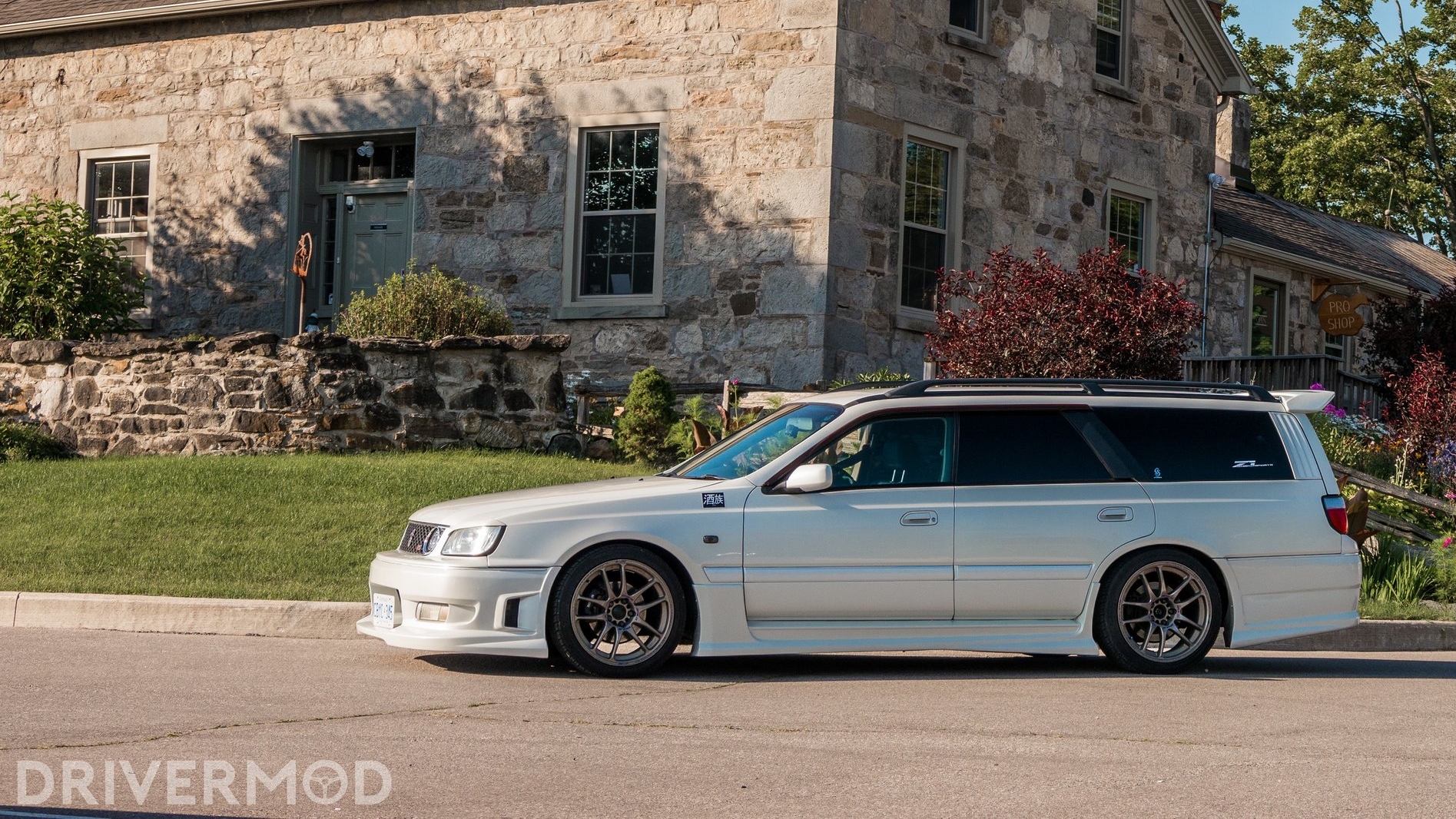 The Nissan Stagea; a Wonderful, Confused Wagon We Never Got

Big fun, or just too big?

There are so many amazing wagons we never got in North America; the Jaguar XFR-S Sportbrake, Honda Civic Tourer, Nissan Stagea, Golf R Sportwagen, and current generation Mazda6. Wagons that are beautiful, functional, and not available in Canada. You can blame their absence on Canadian consumers wanting SUVs and CUVs. So, while Phillip was out enjoying the Ecotec Miata at autocross, while it ran, I was grinning ear-to-ear driving a very special wagon through the winding roads separating Hamilton from the Tri-cities, sitting in the driver’s seat on the wrong side of the car.

Let’s get this out of the way first. The Stagea is not a GTR wagon. It uses similar parts to the Skyline GTR , but it is in fact based on the Nissan Laurel. The Skyline GTR is more like the Stagea’s cousin; they share some bits inside, but come from completely different families. While the GTR grew up in a lavish house of near-mansion proportions in Tokyo, the Stagea was the weird cousin that had to get a job in high-school to pay for a community college up in the suburbs. 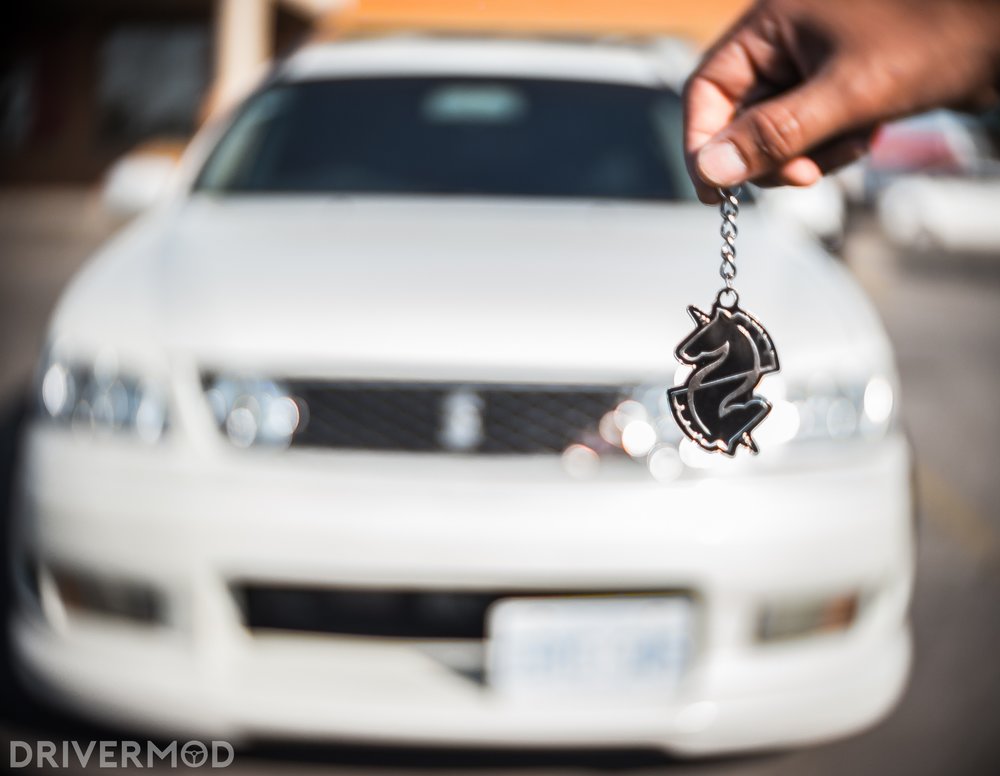 As different as they are, there is still a family bond between the Stagea and Skyline. The design philosophy is there, as are sections of the chassis along with the whole powertrain lineup; from the hilariously depowered RB20E all the way up to the legendary RB26DETT. Power is sent to either the back wheels exclusively or, in certain trims, all four wheels through the ATTESA AWD system. Meanwhile, transmission choices are limited to a 5-speed manual or 4-speed auto. 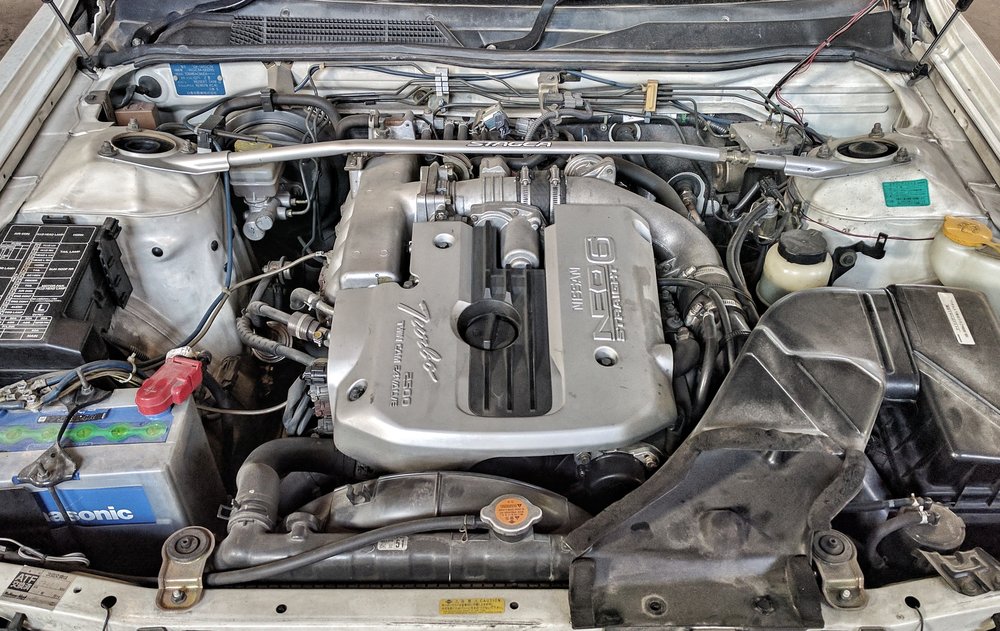 The modifications list on this example isn’t very long, but it doesn’t need to be. A boost control valve here, some suspension upgrades there, and half of a cat-back exhaust to fill quiet back roads with glorious pops and crackles that turbo RBs are known and loved for. The Stagea was never intended to be a racecar and here, it is the pinnacle of what a hot wagon should be. It’s loud but not too loud, powerful without being hilariously overpowered, and comfortable enough to enjoy a longer commute in peace.

Despite its 3,500 lb curb weight, the wagon handles well. It’s no precision instrument, but it feels lighter than it should in the corners. The rear end tends to run out of grip first because so much of the wagon hangs out behind the rear wheels, but the mild amount of oversteer at the limit is easily corrected and you’re given lots of warning. 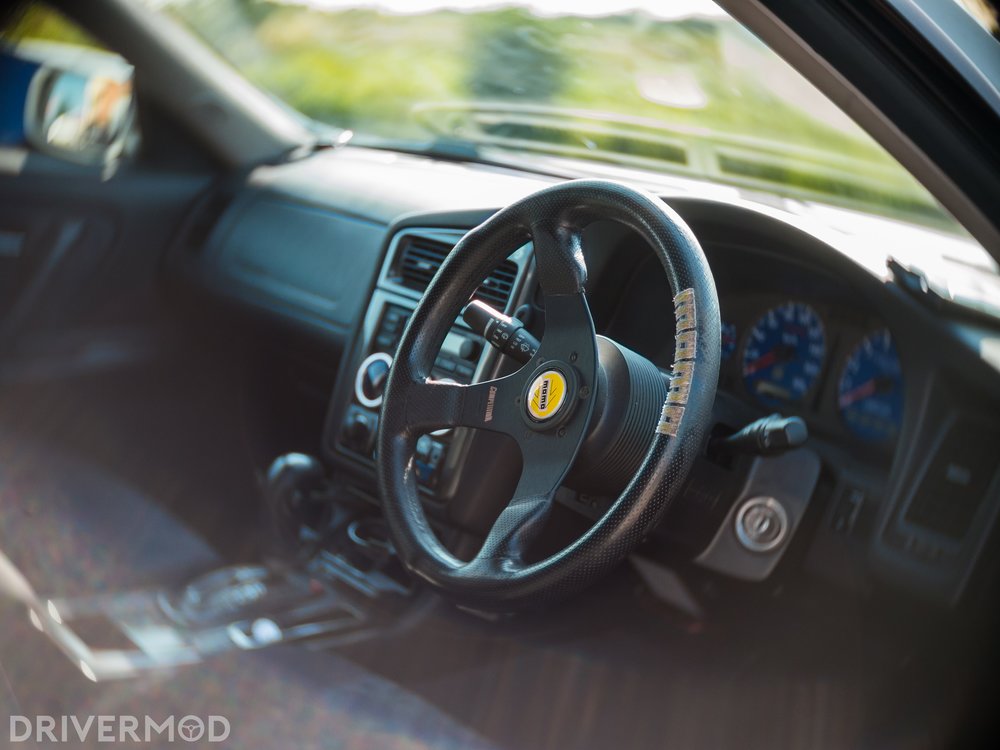 Sadly, it’s got the steering feel of a Camry, and the RB25DET found under the hood is a little lazy. It tries, but it doesn’t feel substantial until you start swapping out parts. Throttle response isn’t great considering that it’s controlling a turbocharged engine from the 90s, the brakes are “adequate,” and the fact that the whole drivetrain is performance-oriented means there’s plenty of vibration and noise. That’s fine for a spirited drive through a winding street, but I don’t know how happy I would be sitting on the highway for five hours on my way to Ottawa.

So, after spending a day with the god of Japanese wagons, is this the best wagon to never come to North America?

The Stagea is fun, practical, sexy, and punchy. It turns heads left and right, stands out everywhere it goes, but it’s also able to blend in with everyday traffic. The generous interior space makes it a great family car for the car guy who has, or plans on having kids. It’s not particularly expensive to maintain, and for the $13-15,000 it costs to buy and import one from Japan, I don’t think you can do any better if you plan on importing a hot and unique wagon. 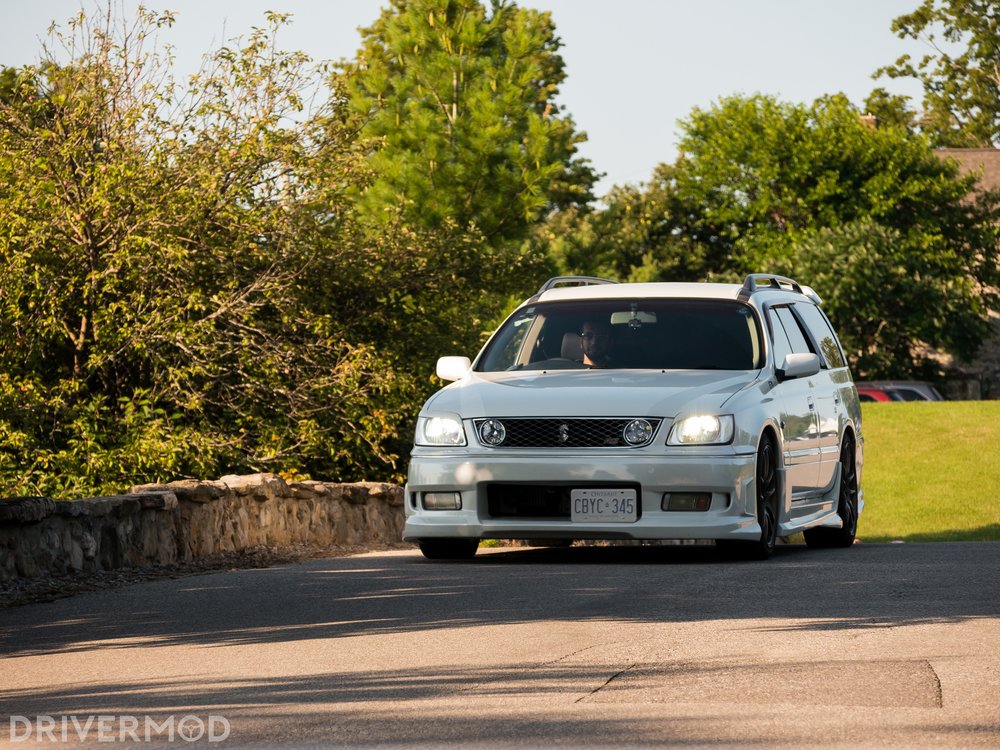 I felt conflicted handing back the keys to the Stagea. I loved every moment driving it, but really, if I was looking for a practical yet fun wagon, I wouldn’t spend too much time considering importing a Stagea before I bought a used Mazda CX-7. I feel dirty just thinking that, but it’s true. That’s at least a car that knows its purpose. The Stagea feels like a bipolar old man in comparison.

You don’t buy a Stagea because it’s a fun car, a big wagon, or because it’s a somewhat decent blend of practicality and enjoyment. You buy a Stagea because you want something unique and quirky. Sooner or later,  you’ll take off the rose glasses you realize what the Stagea really is: an old Japanese wagon with a famous engine. Had the Stagea come with a KA24, no one would give a damn about it, but because of that RB lineup, it gets JDM fanboys salivating at its sight.

It’s not a bad car, it really isn’t, and I can’t think of a prettier or more unique car you could import for around $10,000 CAD. The problem is, if you want a fun car, $10,000 can get you some extremely capable sports cars that you don’t even have to import. Likewise, if you want a large car for the family, there are better choices that are cheaper, newer, and more comfortable than the late-90s Japanese wagon, which you don’t need to cross an ocean to acquire.

All in all, I think I’ll just leave wagon creation to the Swedes and Germans, for now. I won’t fault anyone for wanting a unique car, and if you like the Stagea, get a Stagea. It’s a brilliant vehicle in its own right. Just set your expectations accordingly because at the end of the day, you’re getting an old wagon from Japan.

Special thanks to Mostafa for letting me put his beautiful Stagea through its paces, I know it must have been difficult to see the odometer climb while someone else was in the driver’s seat.