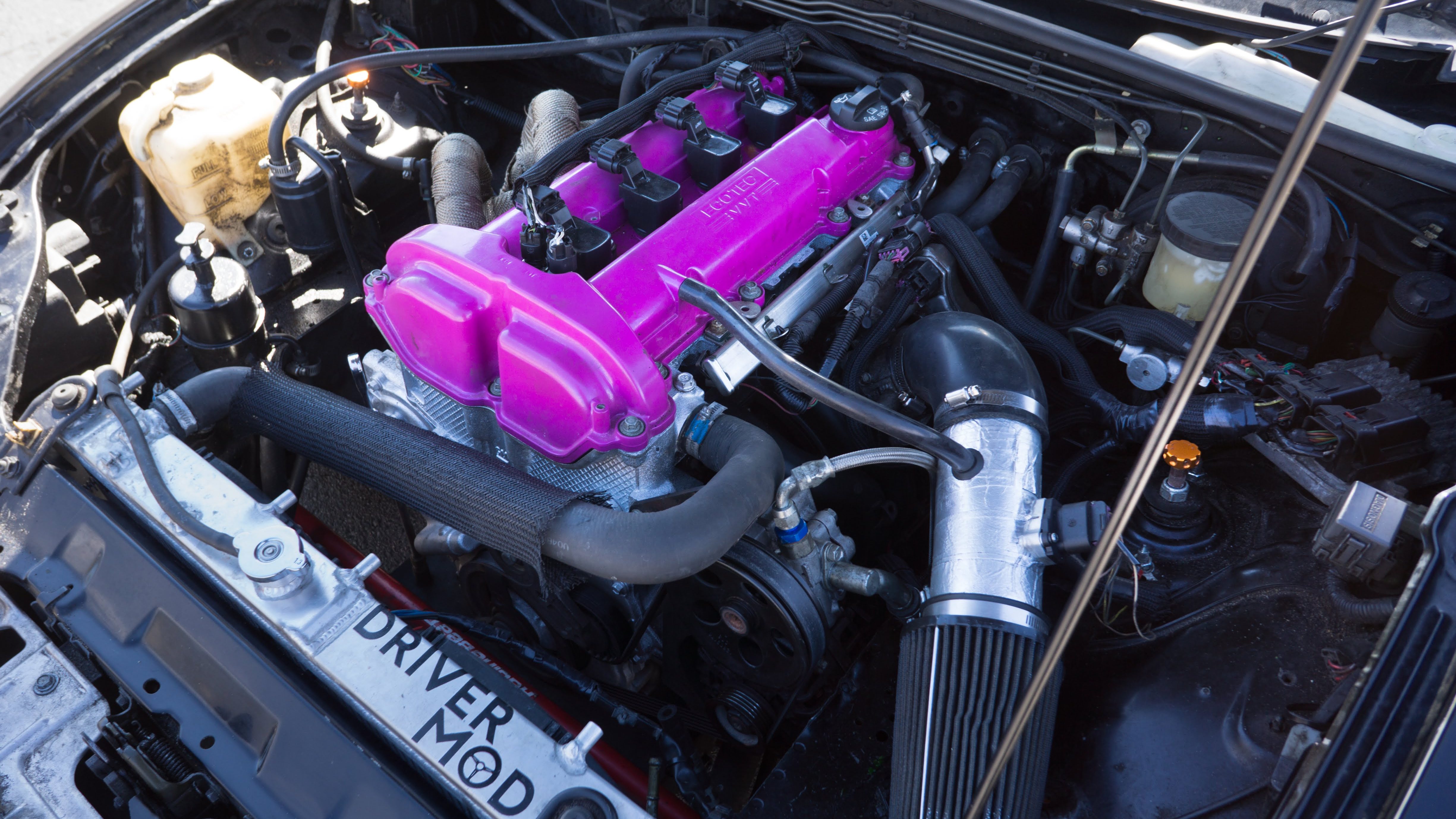 The journey is over and the car is sold. Here’s our final review.

Disclaimer: When talking about dyno numbers and reliability, things can get messy quickly. Dyno numbers can vary massively based on the type of dyno, ambient temperature and humidity, and the colour shirt you happen to be wearing that day. Likewise, for every horror story involving a disasterous failure, you’re likely to find stories recounting years of bulletproof reliability. This review is based on my own experience, as well as threads/posts I’ve happened to stubble upon. We’ve also never built and/or tracked a force-induction Miata and opinions expressed about force-induction Miatas are soley based on the testimony of others. Take it as you will.

Attempting an engine swap on the cheap has been the single most difficult and stressful thing I’ve attempted in my adult life, period. I went through three engines, two transmissions, and countless other issues that were a result of, well, attempting a first-time engine swap. Then I sold it for next to nothing. Was it worth it? Absolutely not. I lost at least $10,000 on the car and likely several years of my life expectancy. That doesn’t mean that this swap doesn’t make sense for anyone. With the experience of owning and driving this car still fresh in my mind, I’m giving it one final, objective, review.

First things first – EcotecMiata promises 200whp. Dyno charts from around the interwebs, (specifically, Ecotec Miata Club on Facebook, miata.net/clubroadster.net threads) on a variety of different dynos show LE5 powered cars making anywhere between 155whp to 198whp with most falling between 160-180whp. Our friend Dave Pratte from Speed Academy claimed our car ‘felt like it made between 150 and 160 whp‘ when he drove it. Based on the three different Ecotec swapped cars I’ve driven and the dynos I’ve seen, you should expect around 170whp when using a factory GM ECU, a decent exhaust and a dyno tune.

That’s not to say these cars are slow – what’s important is the area under the curve. Torque between 3000 and 7000rpm is as flat as a board, meaning that you drive it around town like a V8 powered car – shifting lazily around 3000rpm. While we never got our car out to the drag strip, Ecotec powered cars seem to consistently manage a 13.8-14.0 second quarter mile. (Sources: 1, 2)

Worth mentioning is that if you’re the type of person that loves revs, you might find the Ecotec boring. The Ecotec can safely spin to the Miata’s factory 7000rpm redline, but it never feels happy doing it. Really, with the bulk of torque down low, revving it out almost feels futile. In short, taking these engines out of a Chevrolet Equinox hasn’t made them feel less like truck engines. We did, however, retain the Miata’s factory flywheel, which when bolted to the EcotecMiata flywheel adapter and the Ecotec’s factory flexplate, results in a ton unnecessary rotational mass. These motors could very well be a ton more fun with a lightweight flywheel. That said, you’d be adding additional noise and harshness to an already exceedingly harsh car.

So uh… How difficult was it?

That’s a tough one. The main selling feature of this swap is that it’s simpler than other Miata swaps. It retains the factory front subframe, transmission, and rear-end, which is great. You’re really just bolting the EcotecMiata kit to Ecotec engine, cutting a notch in the transmission, and dropping the engine in. However, if you’re comparing it to forced-induction options, well, it’s a little more difficult.

Aside from the obvious fact that forced induction doesn’t require you to replace your engine, you’ll need to remove your steering column and pedal assembly in order to weld a GM electric pedal to it, modify and/or install a wiring harness, and fabricate an exhaust on the wrong side of the car. Regarding exhaust work, there’s a gap between the body and the clutch fork just large enough for a 2” downpipe. If you’d like to go larger, you’ll need to either go with a V8 Roadsters tubular subframe, or an AR5 transmission that utilizes an internal slave cylinder instead of a clutch fork.

Then there are all the inevitable issues you’ll inevitably run into because reminder; you’re doing an engine swap. Things like – clearance issues between the oil pan and the steering rack causing false-knock, clearance issues between the lower coolant hose and the steering column, and cutting a chunk out of your transmission bellhousing to account for the Ecotec’s starter.

You can check out our swap series on Speed Academy for a full step-by-step rundown of what this swap requires.

Here’s the thing about the EcotecMiata kit; it was tested extensively at ChumpCar, and it was designed, for ChumpCar. For that reason, things like comfy rubber bushings won’t be found here. The polyurethane engine mount bushings included in the kit are stiff as hell, which means you won’t have to deal with your shifter moving around on the racetrack, but you will need to deal with every bit of vibration and noise coming off the 2.4l motor spinning at 4000 rpm on the highway. In short, it’s loud and harsh in a way that gets unbearable during street duty. 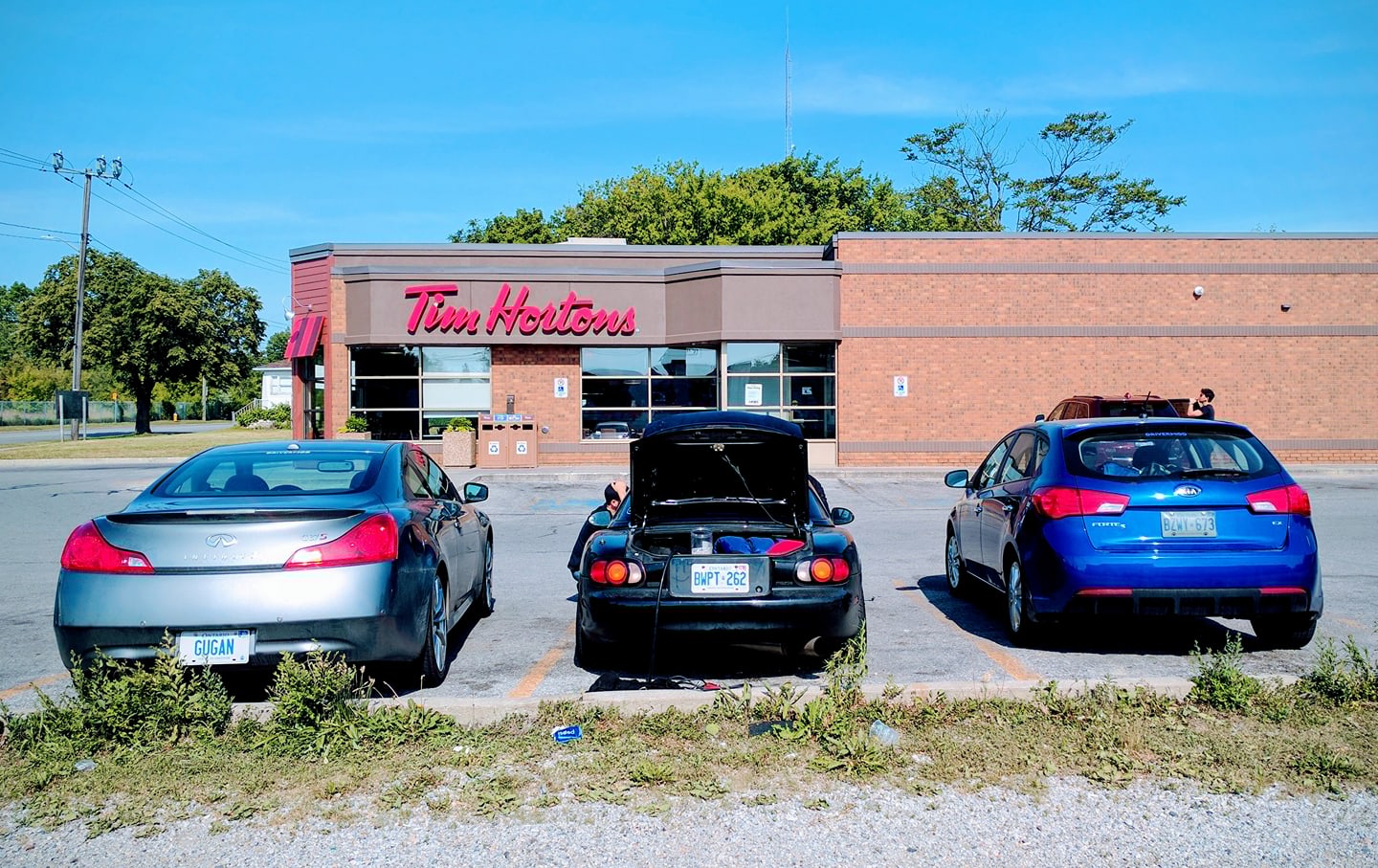 A lot of this comes down to the engine you use. Our 170,000 km engine produced significantly more vibration than our 47,000 km engine. Also – I’d strongly discourage you from deleting the Ecotec’s balance-shafts unless you’re a true masochist.

The only real complaint I have about the kit is the quality of the paint used. It’s a wrinkle-black rattle can job that after about a year began to flake off exposing the kit’s bare metal to the elements. At the end of the day, it’s a budget engine swap, though it would be nice if powder-coating was offered as an option. Aside from that, the welds are neat and tidy, our custom oil pan never failed us once, and with a bit of effort, our kit-equipped engine bolted into the Miata as advertised.

As with any engine-swap kit, there’s been some trial and error along the way. Our early kit included an oil pan without any baffling, which could be an issue under the most extreme applications. Though – again, EcotecMiata’s ChumpCar has been using this style pan without issue, and it’s no slouch. They’ve since moved to a pan design with baffling.

There was also an issue with flywheel adapter bolts backing out, and shattering in some cases. Sometime after the first round of kits were made, EcotecMiata went from using a steel flywheel adapter to an aluminum flywheel adapter. That meant they had to reduce the torque spec of the flywheel bolts. If an insufficient amount of Loctite was used, or if the crankshaft’s threads weren’t cleaned of oil (Loctite can’t bond to oil), they’d back out leading to devastating results. They’ve since gone back to using steel flywheel adapters.

Generally speaking, flywheel adapters suck. They’re used in this application because they can be bolted together by anyone, but they needlessly add another failure point and rotational mass. For that reason, EcotecMiata doesn’t use them in their ChumpCar. It would be nice if a custom flywheel solution was eventually offered, similar to the one offered by K-Miata. 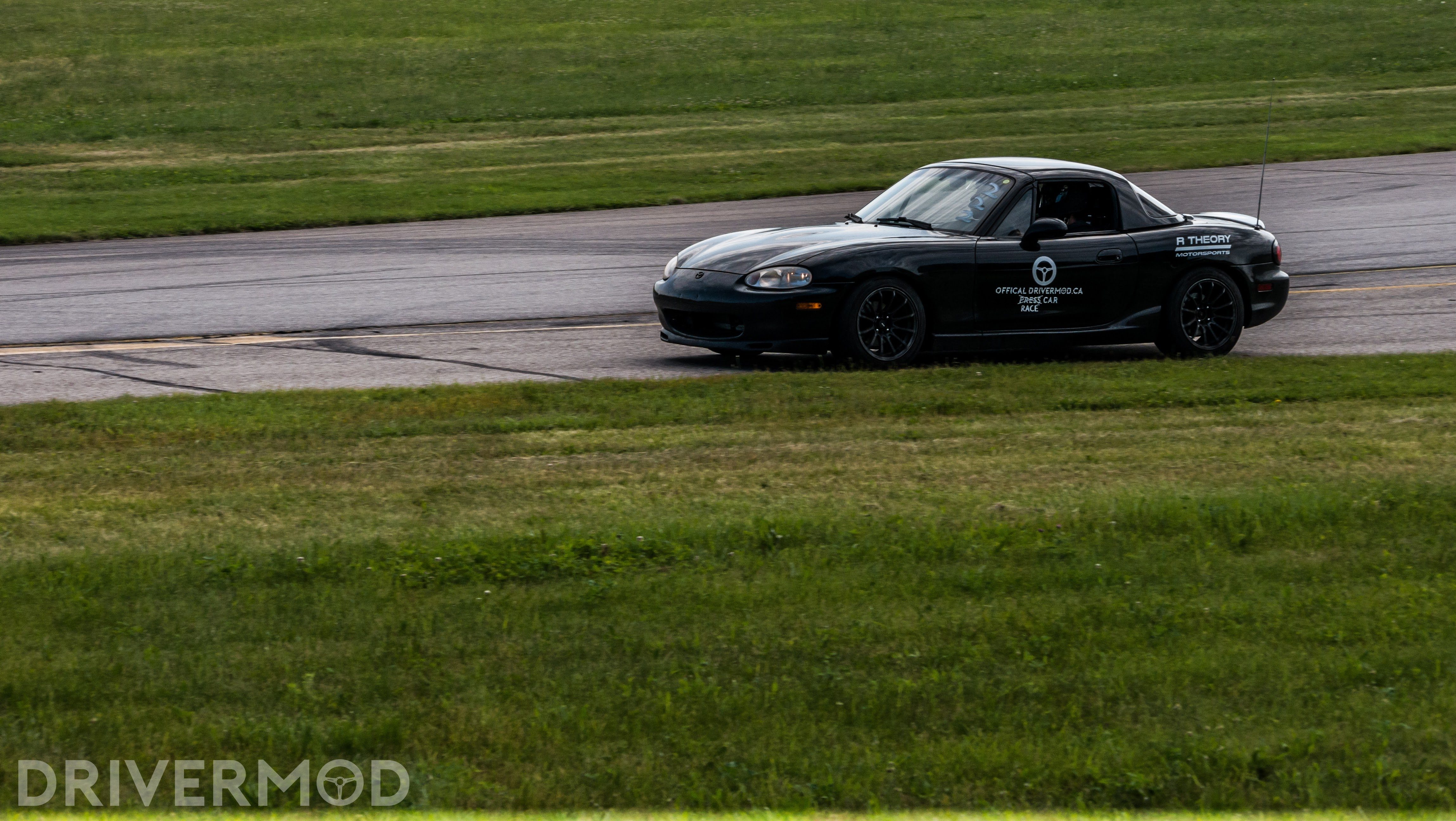 At the end of the day, there are two situations where I’d recommend doing an Ecotec swap.

The first is obvious; endurance racing. If you’re looking for a reliable bump in power and need to run your car consistently for sprints of 4+ hours, there really isn’t a more cost-effective way to do this. For that reason, EcotecMiata offers a ‘DIY Racer Kit’ that is significantly discounted but requires you to drill and modify your Miata flywheel, allowing you to bolt it to an Ecotec engine without a flywheel adapter. You won’t need to worry about keeping a turbo cool, cracking turbo manifolds and boost leaks; it’s just a big motor that will run happily forever, even with paired with a stock Miata radiator.

The second is forced-induction applications. If you’re shooting for power-levels north of the ~250whp Miata BP motors are known to survive at, you might want to consider a boosted Ecotec. There’s the option of modifying an M52 Supercharger for use with this swap’s LE5 engine, or you can put together an LNF-style turbocharger setup. Both should get you to around the 300whp mark. That said – you’ll have an impossible time fitting a turbo downpipe if you’re using a stock Miata transmission and subframe, and even if you manage to, you’ll almost certainly destroy your Miata transmission at such power levels. The solution is to use an AR5 transmission with an internal slave cylinder, which at the time of this writing requires a bunch of custom work. You’ll also want to consider using a standalone ECU for more flexible tuning. All that’s to say, this could get expensive, so it may stop being price-competitive to other swaps, like the Honda J or K series swaps. You’re also getting into somewhat undocumented territory,  so be warned.

All of this assumes that you really know what you’re doing. The series of issues we had with our swap is a testament to that. Given the level of skill required and the less-than-impressive 170whp most Ecotec swaps have been achieving, it’s difficult to justify when forced-induction options for the BP motor can easily make 220whp, albeit minus the extreme endurance-racing reliability the Ecotec offers. At the end of the day, if you just want a 200whp street car that’ll see 15-minute lapping sessions, you’re probably better off strapping a turbocharger to a BP. If you’re running a budget endurance racing team and you’re comfortable with fabricating an exhaust and wiring an engine bay, then the Ecotec is a solid option.